The Commonwealth Hall of the University of Ghana (UG), Legon has disassociated itself from the violence that took place on Friday, August 5, 2022.

In a statement co-signed by JCR President, Paul Anim Inkoom and JCR Secretary, Daniel Kofi Boakye, noted that members of the Hall did not engage in any acts of violence.

The statement condemns any attempt by any office or media house to put the Hall’s name into disrepute.

It adds that the Hall prides itself as a citadel of excellence and does not condone any form of violence.

It further commended the security agencies for the swift intervention in bringing the situation under control on the said day.

It called on appropriate authorities to punish those found culpable of the lawless act.

BELOW IS THE FULL STATEMENT 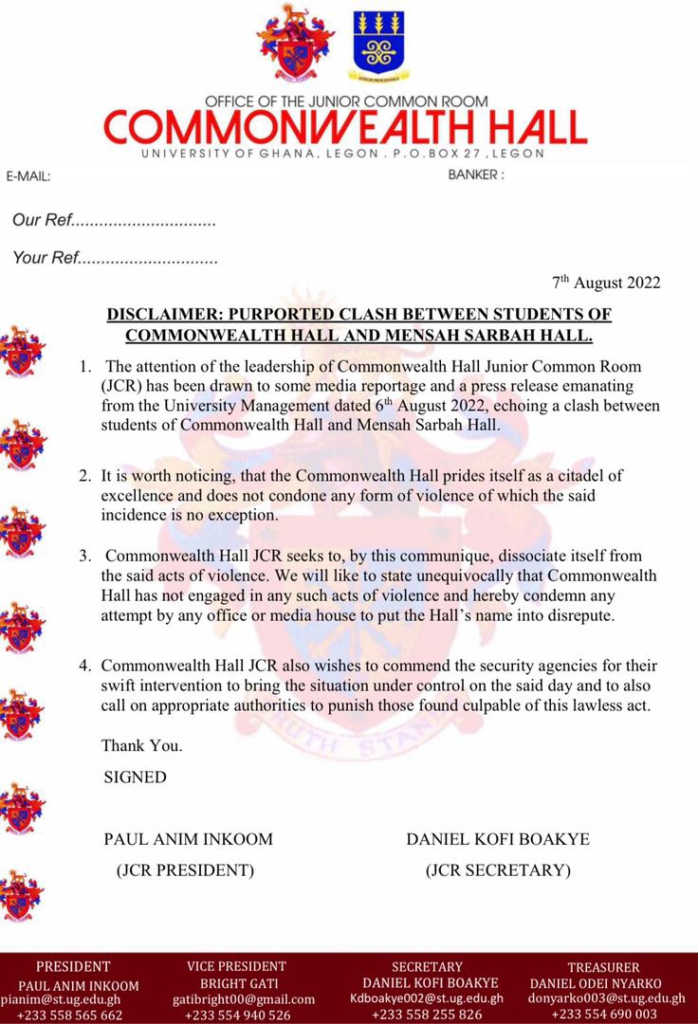