Railways Minister John Peter Amewu says he suspects negligence and lack of maintenance could have caused the head on collision involving two trains at Wassa Manso in the Mpohor District of the Western Region where five persons have been confirmed dead.

Mr. Peter Amewu who visited the accident scene also commiserated with families of the dead and indicated that a Committee will be immediately formed to investigate the cause of the accident and ensure there is no repeat.

Available information from the Wassa Manso Police Station indicates that five persons died in the incident whiles eleven others are receiving treatment at the Effia Nkwanta Regional Hospital in Sekondi.
“Four persons died on the spot. Twelve people sustained various degrees of injuries and were rushed to the hospital. We have information that one has died”.
A Unit Committee Chairman of Wassa Manso, Emmanuel Diaw indicated that the head on collision happened at about 9:30 pm Friday December 18, 2021.

“The head on collision involved two trains. One that was coming from Nsuta and loaded with manganese while the other one was also coming from Takoradi with empty trucks which had packed at Wassa Manso” he continued.

“The one coming from Tarkwa we are told lost it brakes. A survivor narrated that when the train got to Amantin they could not stop as the driver told them the brakes have failed. The one from Takoradi was then stationery. So the train from Tarkwa collided with it and dragged it few meters away. When we rushed to the scene we saw four persons dead with several others injured. We realized that one of the empty trucks from the stationed trains broke from the link and smashed it own engine. We suspect that might have killed the driver and the mate. Some of the people had been smashed to the engine. So we had to seek the assistance of Amandi who came to help remove the trapped with two earth moving machines” Mr Emmanuel Diaw added.

He mentioned that the eleven who are injured are currently receiving treatment at the Effia Nkwanta Regional Hospital. 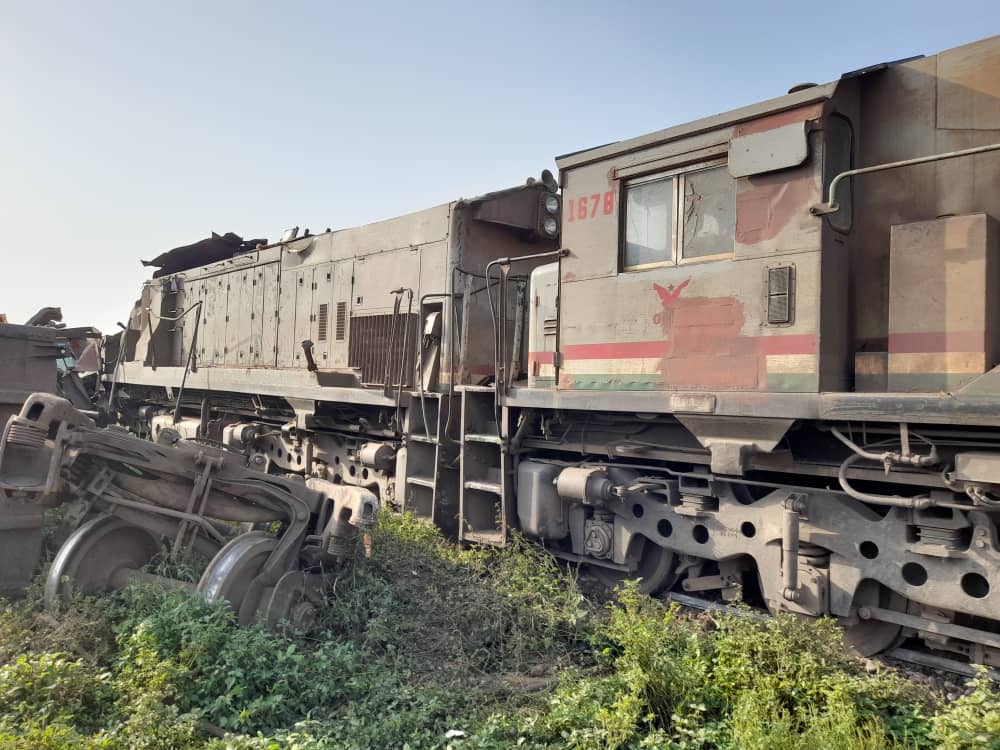 According to bystanders, none of the dead is from Wassa Manso.

US President tweets picture of the killer dog