Volta Regional Girls’ Education Officer, Madam Millicent Dakeh, says that the Ghana Education Service (GES) is intensifying its back-to-school campaign across the Region, to bring all children of school going age back to the classroom.

She said some children did not return to school after the new coronavirus restrictions were ease for academic work to resume, thus the move to bring them back to continue with their education.

Madam Dakeh, speaking at the second quarter session of the Regional Child Protection Committee (RCPC), said the Regional, Municipal and District taskforce were spearheading the campaign in collaboration with other stakeholders to achieve a successful result.

She mentioned fear of contracting the COVID-19, teenage pregnancy, child birth, lack of parental control, peer pressure, broken home, stigmatisation of pregnant girls and teen mothers, insufficient psychosocial and motivational support, border closure among others, as some factors hindering some of these children to return to school.

She described the number of children still at home as “huge” and said if nothing was done about the situation to encourage them to return to school, it would have a negative effect on the country’s future as they were the future leaders.

The Education Officer said GES has a policy of preventing teenage pregnancy and facilitating re-entry, disclosing that a total of 482 and 296 female children returned to school with pregnancy and after child birth respectively.

Madam Dakeh said they wound, therefore, not relent in their efforts to encourage all children including pregnant girls and young mothers to return to school, to enable them continue with their education to lay a strong foundation for their future.

Mr Israel Akrobortu, Volta Regional Director, Department of Children, said children were important stakeholders in the development of the country and urged all relevant stakeholders to support the campaign to bring them back to school.

He said the RCPC came to being as part of efforts to implement the Child and Family Welfare Policy, and it looked at challenges facing children as well as develop measures to deal with emerging child protection issues.

Mr Akrobortu described issues affecting children as cross cutting ones, which required a multi-sectoral approach to address them effectively to protect children and the future of the country.

The Director said the recent killings of children for rituals was alarming and called for concerted efforts and drastic and pragmatic mechanisms to tackle the situation to ensure safety and security of children in the country.

He called for stiffer punishment for perpetrators of these heinous crimes to serve as deterrent to others, emphasizing the need for parents and teachers to educate children on how to raise alarm whenever they sense danger or felt unsafe.

The Director said parenting went beyond child birth and asked parents to have quality time with their children and develop interest in their education and protection.

Mr Akrobortu said his outfit would continue to ensure that children were given the need protection, and advised children to focus on their education, abstain from sex and report people pestering them.

Dr Mrs Joan Awunyo-Akaba, Chairperson, Ghana National Coalition on Right of the Child (GNCRC), appealed to traditional leaders to support the back-to-school campaign in their various areas to ensure every child of school going age was sent to school.

She asked traditional leaders to work closely with community health nurses to identify pregnant girls and teen mothers in their community and to encourage them to return to school.

Mrs Awunyo-Akaba called for promoting the country’s values as enshrined in the constitution to help deal with some of the issues currently being witnessed in the country.

Madam Morkporkpor Zottor, Public Health Nurse, said health facilities continue to render antenatal and delivery services to pregnant women to enable them give birth to healthy babies and take them through postnatal services and encourage them to do exclusive breastfeeding for six months.

This, she said, formed part of the child welfare services, adding that parents were being educated on how to mix nutrients for the child, and babies who have deficiency in micronutrients were also supported with micronutrient supplementation to improve their nutritional status.

The Ghana Health Service in collaboration with the GES sensitised students on public health issues, counsel them and provided iron and folic acid supplementation to adolescent’s girls, she added.

Togbe Kwaku Ayim IV, Paramount Chief of Ziavi Traditional Area, said parents must be concerned about the welfare of their children and give them maximum protection at all times. 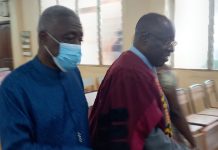 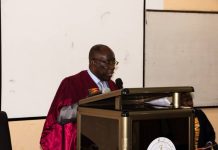 Our programs are fully accredited by GTEC – WISCONSIN University College