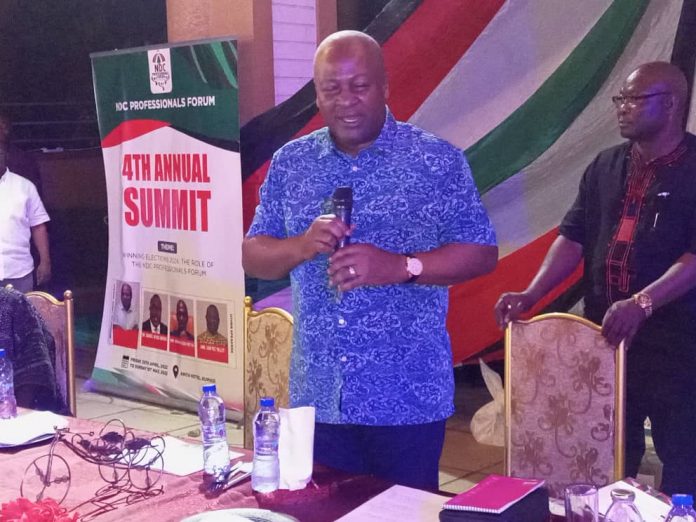 Former President John Dramani Mahama, has observed that Ghana’s enviable status as one of the stable and peaceful democracies, not only in Africa but the entire globe since the beginning of the 4th Republic, is mainly attributable to the 1992 Republican Constitution.

According to him however, after 30 years after its promulgation coupled with emerging issues out of its interpretation and application, it has become imperative to comprehensively review the 1992 Constitution. He said the review would not only make it a living governance document, but also most importantly to avert rendering it a relic of historical material that would suit only the whims and caprices of partisan political elements at the expense of the citizens. 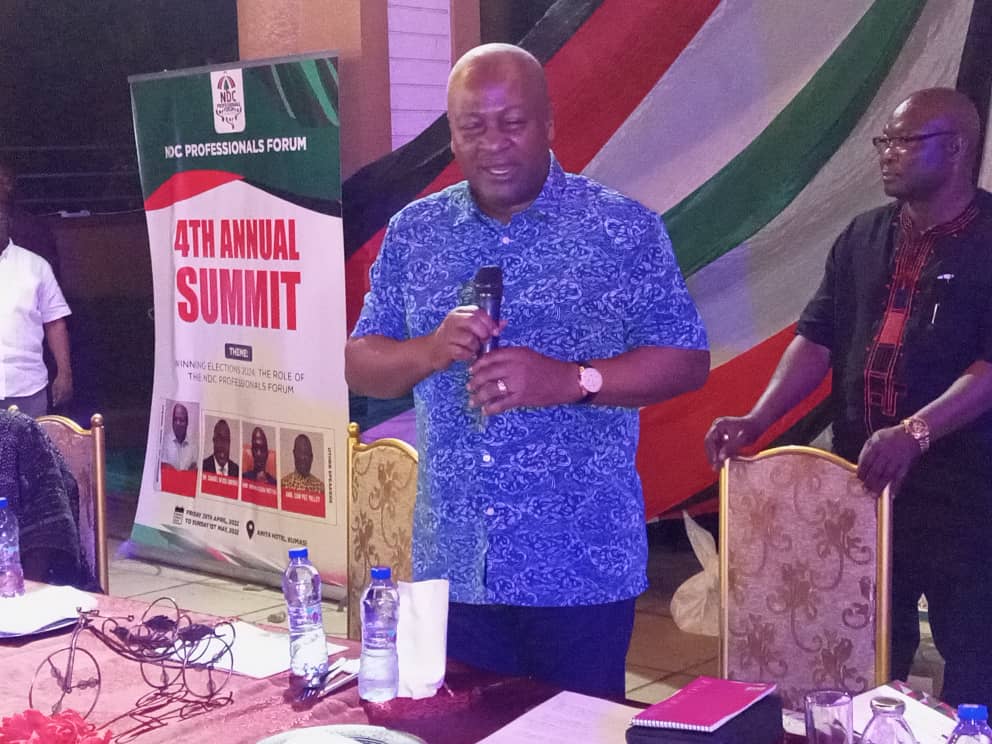 Mr. Mahama made the observation at Ejisu in the Ashanti region at the opening of the 4th Summit of the NDC Professionals Forum.

The NDC Professionals Forum is an affiliate of the National Democratic Congress, NDC that has brought together Ghanaians of voting age from a wide range of professions who associate with the leftist political ideology of the opposition party.

It now has branches in 15 of the political districts of Ghana and some countries with plans to outdoor more in the coming months.

The ongoing three-day annual Summit at Ejisu in the Ashanti region is the fourth since the formation of the Forum in 2018.

The event, which is on the theme: “Winning Elections 2024; The Role of NDC Professionals”, will be used by the members to amend the Forum’s Charter, consider its Auditors’ Report, reconstitute its Central Committee among other activities.

At the opening were prominent members of the party including the 2020 Vice Presidential Candidate, Professor Jane Nana Opoku Agyemang, former Ministers of State and Deputies. 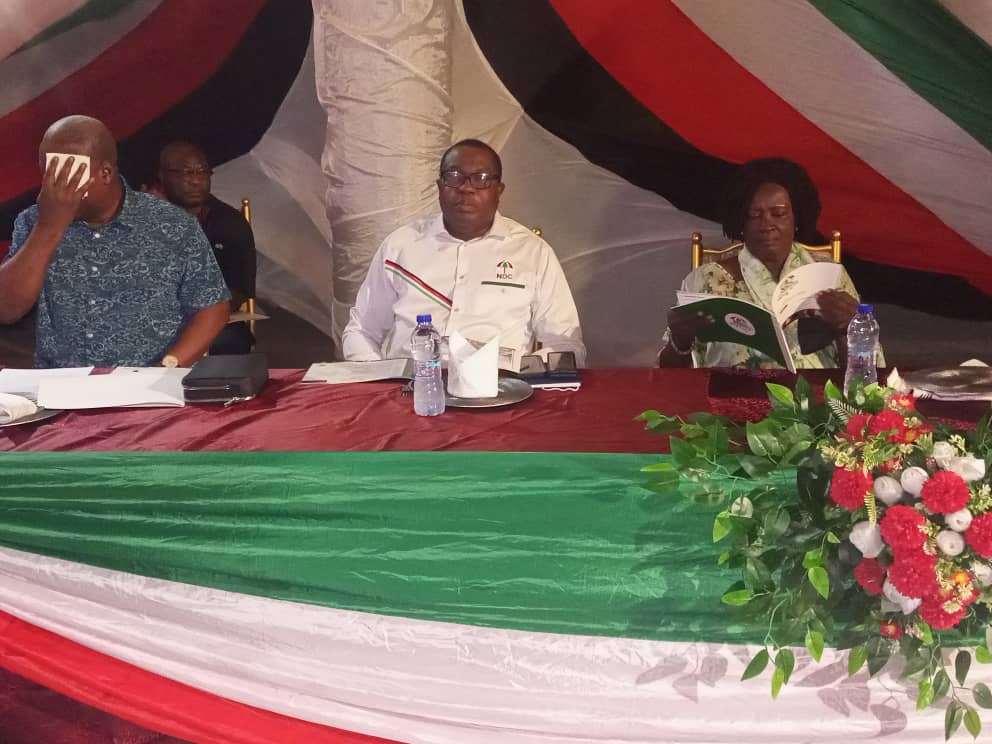 The Former President, John Dramani Mahama, noted that although within the 30 years of its promulgation, the 1992 Republican Constitution has helped enormously to position Ghana as a stable and peaceful democracy in the world, emerging challenges with its application and other reasons make it imperative for its comprehensive review to make it a living governance document that will also serve the interest of all citizens not only the political class.

General Secretary of the NDC, Johnson Asiedu Nketiah, said, unlike previous splinter groups that associated with the party which rather became problematic for the growth of the NDC, the NDC Professionals Forum, which came into being in response to some recommendations of the Professor Kwesi Botchway Report, has proven to be a worthy affiliate of the party for which the National Executive Committee has formally ratified its affiliation. 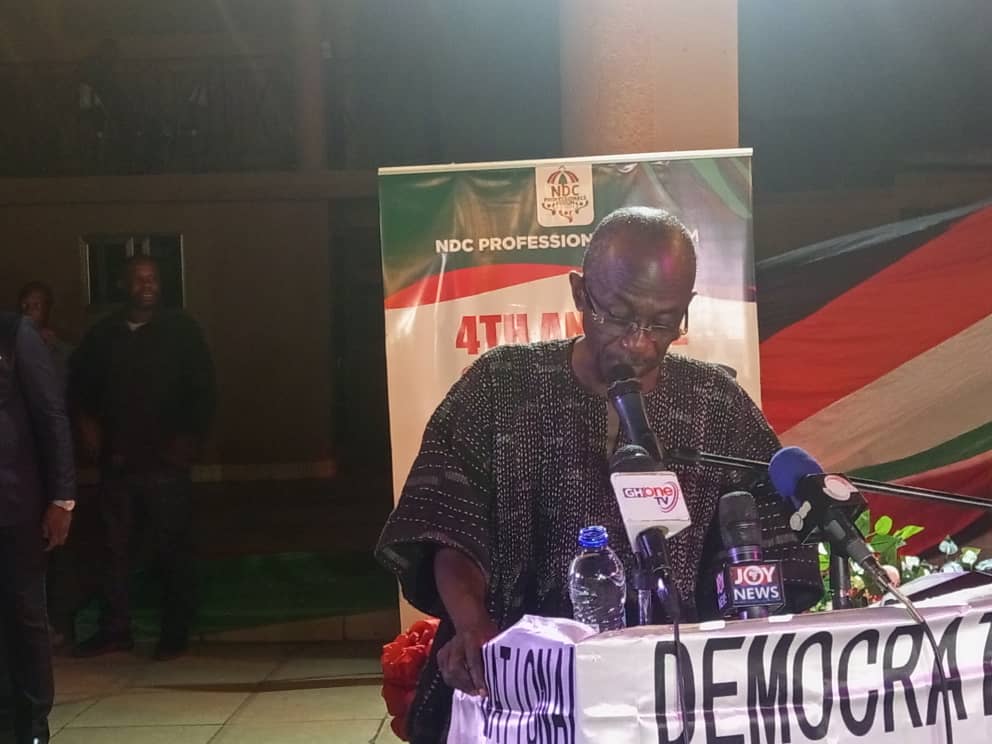 President of the NDC Professionals Forum, Sam Pee-Yaley, pledged the commitment of the Forum to promoting the interest of the NDC particularly in the party’s efforts at winning the next Presidential and Parliamentary elections.

Former President Mahama praised founders of the NDC Professionals Forum saying the group has shattered the barrier between the party and the middle class and professionals who hitherto feared for associating with the NDC for fear of victimization by political opponents.

The NDC Professionals Forum used the opening ceremony honour to four members of the party for their outstanding support for its activities in the past four years.

DJ Tiiny dropped by Capital Xtra after charging for plays