Story By: Henrietta Afful Panelists on the 'GTV Breakfast Show' have hailed the commissioning of Phase II of the Accra...
Read more

By Nikita A. D. Quarcoo The US Department of Visa Services has advised the public to be wary about the...
Read more

A cargo truck carrying assorted pharmaceutical products has been intercepted by the Juaboso Police patrol team at a Community...
Read more

Francis Edzornahttp://www.gbcghanaonline.com
Peacekeeping is evolving in Africa due to the changing nature of conflicts on the continent, Major General Francis Ofori, Commandant, Kofi Annan International Peacekeeping Training Centre (KAIPTC), has said.
He noted that to respond to the changing nature of conflicts, two approaches – the Humanitarian Development Peace (HDP) Nexus, also referred to as the Triple Nexus, and the Mental Health and Psychosocial Support in Peace Support Operations (MHPSS), had been developed at the Centre to ensure effective peacekeeping missions.
Major General Ofori said this at the Joint Institute for Peace and Security Studies (IPSS) – KAIPTC – GIZ Hybrid Workshop on the theme , “Emerging Dynamics in Peace Support Operations in Africa,” in Addis Ababa, Ethiopia. 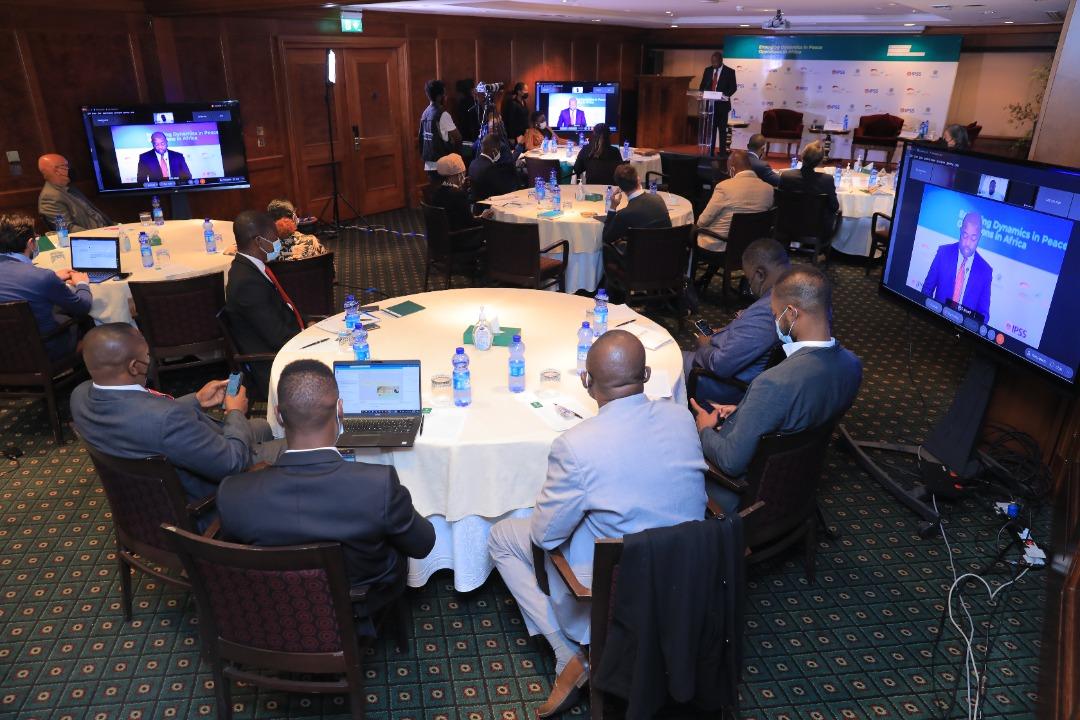 He recalled that during the maiden edition of KAIPTC’s Kofi Annan Peace and Security (KAPS) Forum in September 2019 on the theme, “Peace Operations in the context of Violent Extremism in Africa,” participants highlighted the glaring lack of linkages between various actors working in fragile countries where there were large-scale peace missions.
“This clearly amplifies the existing concern that several actors in the humanitarian, development and peace sectors work in a distinct and silo approach that fails to provide a holistic and durable solution in countries facing complex crises.”
He said the HDP Nexus, introduced in the context of the 2016 World Humanitarian Summit, sought to show a new way of working within the context of peacekeeping missions, that provides a pathway to bridge the gaps between the three traditionally distinct areas of crisis intervention.
He noted that the United Nations’ ongoing reform process envisions UN entities working in humanitarian, development and peace realms to work more cohesively together, capitalizing on their respective comparative advantages following the recommendations of the 2016 World Humanitarian Summit (WHS) and in line with the 2030 Agenda.
Major General Ofori said under the “New Way of Working (NWoW)” agreed at the World Humanitarian Summit, the various actors were expected to work towards “collective outcomes” that reduced risk and vulnerability and served as instalments towards the achievement of the SDGs.
He said MHPSS on the other had also become very important in peacekeeping as it addressed the fundamental individual and collective well-being factors which were key to the overall initiation, development, maintenance and sustenance of a peace culture.
He said the principles of MHPSS were in tandem with the achievement of the Millennial Development Goals (MDGs) and much later the Sustainable Development Goals (SDGs), including health as well as the WHO priority on the reduction of mortality on non-communicable and life-style related diseases.
He said the KAIPTC as part of its training processes attached a lot of importance to those two new approaches to peacekeeping and incorporated them into its training portfolio.
He said in line with this and through GIZ’s support, a study was commissioned which revealed the need for flexible and context-specific application of the HDP nexus across Africa’s contexts of peace operations.
“Also, a recently conducted baseline study on the need for MHPSS training for Peace Support Operations and Humanitarian Assistance personnel highlights important new evidence about the stress faced before, during and after deployment.”
He said the report clearly pointed to the fact that at present there were no publicly available guidelines or regulations for ECOWAS or African Union peacekeeping missions on matters such as staff care, psychosocial support for deployed personnel or indeed how MHPSS challenges impacted on post-conflict reconstruction efforts.
Madam Amma Adomaa Twum-Amoah, Ghana’s Ambassador to Ethiopia, in a speech read on her behalf, reiterated the need for the AU to establish mutually beneficial partnerships with reputable academic research institutions such as the KAIPTC.
Mr Heiko Nitzschke, Charge d’Affaires and Deputy Permanent Representative of Germany to Ethiopia, said his country had been at the forefront of promoting the humanitarian, development and peace nexus; in order to foster multi-sectoral coherence to bridge unnecessary barriers and avoid silo-working and duplication of efforts in societies where meaningful and holistic change were most needed.
SourceGNA
Share
Facebook
Twitter
Pinterest
WhatsApp
Print
Linkedin
Telegram
Previous articleGhanaian Interconnect Clearinghouse Operator, Afriwave Telecom, Joins the Smart Africa Alliance
Next articleUpper Denkyira West District records 1st Malaria death in 3 years

Story By: Henrietta Afful Panelists on the 'GTV Breakfast Show' have hailed the commissioning of Phase II of the Accra...
Read more
General

By Nikita A. D. Quarcoo The US Department of Visa Services has advised the public to be wary about the increase in fraudulent emails and...
Read more
General

A cargo truck carrying assorted pharmaceutical products has been intercepted by the Juaboso Police patrol team at a Community near Bunso Nkwanta, a border...
Read more
General

The Conference of Major Superiors of Religious in Ghana has launched a project aimed at reducing the impact of the Coronavirus on the people...
Read more
General

The Ada Development Network, has condemned in the strongest terms, what it describes as cowardly attacks and brutalities recorded in some communities between Wednesday...
Read more

By: Mercy Darko More than 2000 youth across Africa have converged on Ghana for the 4th Edition of the Youth Connekt Africa Summit. The summit is an...
Read more

President Akufo-Addo will today, October 13, 2021 officially open the Sub-regional High Level Interactive seminar at Winneba in the Central region. The seminar will be...
Read more

The Nigerian army has confirmed that it arrested actor Chiwetalu Agu for wearing an Ipob regalia and inciting people to join the group. The Indigenous...
Read more

Metalworkers in South Africa on strike over pay increase