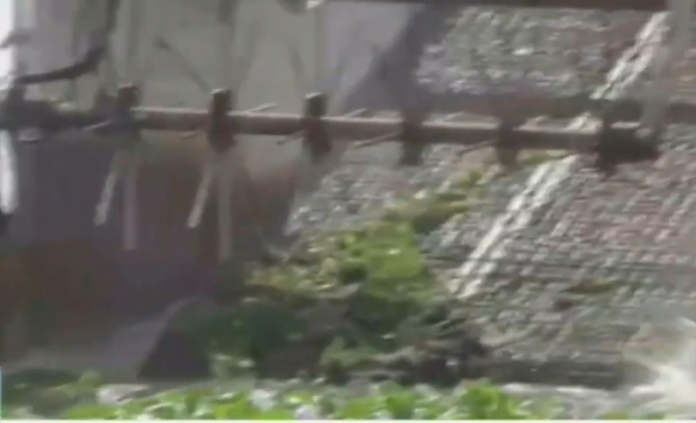 For those whose economic livelihood depends on the Volta Lake at Kpong, a huge burden is being lifted off their shoulders. Four years after NBCNEWS’ Clara Mlano brought the issue of unwanted vegetation choking the Volta Lake to the foreground, thus shrinking their catch, authorities of the Ghana Maritime Authority have responded with two weed harvesters to clear and prevent the spread of the weeds.

For some time now, fisherfolk at the Kpong head pond have had to live with the nuisance of invasive weeds taking away their livelihoods. This was once the favourite spot for tilapia, anchovies, and others, but it’s a different picture now due to low catch.

The presence of aquatic weeds makes navigation on the river difficult and unsafe for fishing. The timely intervention by the Ghana Maritime Authority is within its mandate to provide safe waterborne transport.

The skimmer is able to cut or extract large quantities of weeds, either entangled or overgrown, collect the weeds from the river onto the conveyors, and safely dispose of them.

The Volta River Authority (VRA), taking charge of the two skimmers, says it is working to minimise the impact of the weeds on the lake.

In the past, the VRA had contracted a firm for the exercise, which suffered some setbacks due to intermittent breakdowns of the weed harvester. Now fisherfolk are hopeful of revived economic activities at the Kpong head pond again.

Authorities shot down concerns that the machine was not environmentally friendly and could destroy fish in the lake.