Brazil has become the second country, after the US, to register more than 50,000 deaths from Covid-19.

It comes amid growing political tension and just days after the country confirmed more than one million coronavirus infections.

Graphs of Brazil’s deaths and infections show a continuing climb.

The World Health Organization (WHO) has also recorded the biggest one-day increase in cases globally, with most of the new infections in the Americas.

The decision of Brazil’s far-right President Jair Bolsonaro to oppose lockdowns and focus on the economy has been hugely divisive.

Two health ministers – both doctors – have left their posts as deaths and infections have surged. The first was sacked by Mr Bolsonaro, the second resigned after disagreeing with the president.

What are the figures for Brazil and Latin America?

On Sunday, Brazil’s health ministry announced that 641 more deaths had been registered in the past 24 hours, taking the total to 50,617. Over the same period it also registered more than 17,000 new infections.

Brazil has recently been recording about 1,000 deaths a day, although figures at weekends tend to be lower. Many experts believe the lack of testing nationally – some of them say the level is 20 times less than needed – suggests the overall figures could be considerably higher.

The northern states of Amazonas, Pará and Ceará have seen more than 12,000 deaths in total, but it is São Paulo and Rio de Janeiro that have seen the biggest spikes, now standing at 12,500 and 8,800 fatalities respectively.

Regionally, the WHO says that, of the 183,000 new cases reported globally in 24 hours, more than 60% were from North and South America.

Mexico, Peru and Chile have been particularly badly hit, aside from the US, and on Sunday Argentina passed 1,000 deaths.

Latin America and the Caribbean now have more than two million infections.

How have protests in Brazil developed?

Despite the threat of the virus, thousands of supporters and opponents of Mr Bolsonaro took to the streets in rival demonstrations on Sunday.

Police in the capital, Brasilia, kept rival groups apart as they marched outside Congress and the Supreme Court buildings. One anti-Bolsonaro protester there, Nilva Aparecida, told AFP: “[We are here] in defence of democracy and asking for Bolsonaro to leave. This president who usurped the people’s power and today is committing atrocities. He does not deserve to govern our country.”

Opponents of Mr Bolsonaro are also calling for him to be impeached amid a growing political crisis. He is under investigation for allegedly trying to interfere with the police for political motives, which he denies, while the Supreme Court is carrying out two separate inquiries into his allies.

On Thursday, a former aide and family friend was arrested after being accused of corruption.

Mr Bolsonaro’s supporters say Congress and the Supreme Court are trying to curb his powers.

Mr Bolsonaro has openly disagreed with advice from his own health ministry, arguing that the economic impact of lockdowns would be more detrimental than the health impact of the virus itself, and he retains strong backing from his supporters.

Some states and cities have adopted their own measures. After months of restrictions, some are slowly being lifted, even though infection levels remain high.

There is still concern that the health system will be unable to cope in some places, and that the disease is spreading faster in deprived neighbourhoods and remote areas, such as indigenous communities, where access to adequate care is difficult.

One family’s ‘destruction’ by Covid-19

Seven members of Douglas Sterzza Dias’s family have been infected with Covid-19.

“The central nucleus of my family was completely destroyed,” says the trainee surgeon at his flat in central São Paulo.

His mother and uncle died in the hospital where he works. His grandmother also died. Douglas was the only one to attend his mother’s funeral – the rest of the family was quarantined.

“I did it all. Just me – me and myself. It’s the worst thing ever because you have nobody to cry with you, nobody to give a hug.”

He worries about what the next few weeks hold, with major cities starting to open up.

“Why are we opening shopping centres? It’s crazy, it’s unbelievable,” he says.

“When the crisis started and I saw what was happening in Italy, my biggest fear was to have to choose between patients – to let someone die. I think we are very close to this in the next few weeks.” 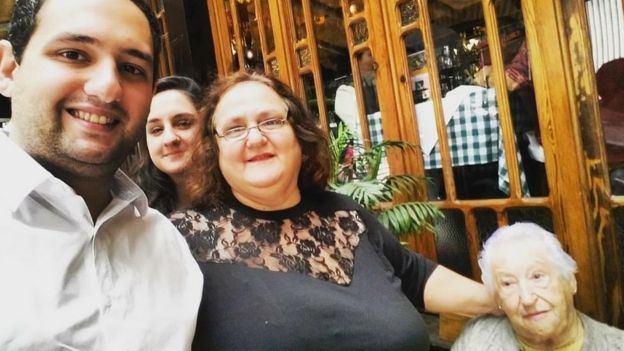 By Bright Ntramah The President of Indonesia, Joko Widodo has removed Covid-19 testing requirements for fully-vaccinated overseas travelers to the country. This follows an improvement...
Read more

US State of Oklahoma bans abortion after conception amidst wide criticism

Oklahoma Legislators have passed a law banning abortion after conception, which critics say is the most restrictive measure in the US. The Republican-led Bill will...
Read more

The UK Police have closed their investigation into breaches of Covid rules in and around Downing Street, issuing around 20 further fines. The Met...
Read more

Spain's Cabinet on Tuesday, May 17th approved a Bill that grants paid medical leave for women who suffer from severe period pain, becoming the...
Read more

NIA working on database which will eliminate need for mass voters...