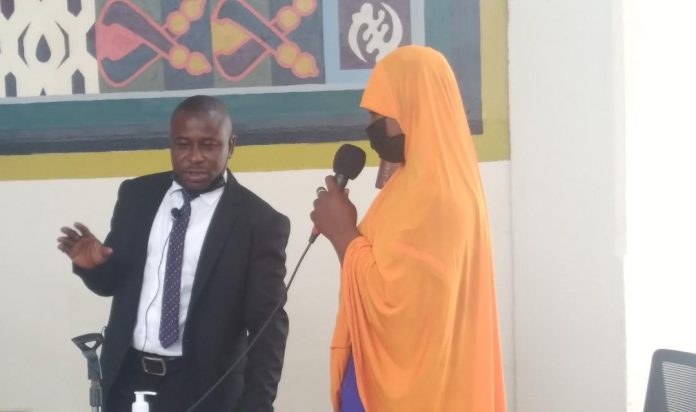 A witness in the ongoing hearing by the Ministerial Committee probing the Ejura killings has told the Committee she saw the elder brother of Kaaka, one Baba Iddi, dragging him (Kaaka) to the bathroom the night he was attacked.
Sadia Fuseini, the witness, a tenant in Kaaka’s house, said she heard a loud sound moments after Kaaka returned home that fateful night.
“I was in my room when I heard the sound of Kaaka’s motorbike approaching the house and suddenly heard a loud sound but I thought it was Kaaka’s motorbike that had fallen,” she told the Committee on Tuesday.
“I came out of my room and heard someone groaning in pain so I got closer and saw Baba Iddi dragging Kaaka on the bare ground towards the bathroom.”
She said she quickly knocked on the door of Kaaka’s wife to draw her attention to the incident but before she could come out Baba Iddi had already absconded.
According to her, another co-tenant who was also attracted to the scene saw Iddi as he ran out of the house.
The witness said she could not initially disclose the identity of Iddi after Kaaka was rushed to the hospital because they were brothers and was hoping Kaaka would recover to expose Iddi himself.
She said after the death of Kaaka, her husband, who had travelled when the incident occurred, suggested that they informed the police to assist them in their investigations.
Husband of the witness, Fuseini Ibrahim, and the co-tenant who also came to the scene, Muniratu Alhassan, corroborated her story when they later appeared before the Committee to testify.
They said they had been forced to leave Ejura after their disclosure due to several threats on their lives by people who accused them of falsely implicating Baba Iddi.
Mother of Mohammed Awal Misbaw, a 16-year-old auto mechanic apprentice, who got injured during the riot, told the Committee that her son’s leg had been amputated and was still on admission.
She appealed to the Government, through the Committee, to support the boy’s recovery process.
Madam Salamatu said she did not know what the future held for her son, having lost a leg at this tender age and called on the authorities to assist him to earn a living.
The death of Kaaka sparked a violent protest in Ejura on June 29 as angry youth of the town hit the streets to demand justice for their slain colleague.
Abdul-Nasir Yussif and Mutala Mohammed died from gunshot wounds when the youth clashed with security personnel deployed to maintain peace and protect lives and property.
Meanwhile, three persons have been remanded by the Asokwa District Court following their arrest over Kaaka’s death.
Issakar Ibrahim, also known as Anyas, Fuseini Alhassan, and Baba Iddi, the brother of Kaaka, are facing two charges – conspiracy to commit crime and murder.
The three-member Committee, chaired by Justice George Kinsley Koomson, has been tasked to probe the circumstances leading to the death of the two civilians during the violent protest.
Other members of the Committee are Prof Vladimir Antwi-Danso, a Security Analyst; and Ms Juliet Adima Amoah, Executive Director of Penplusbyte, a Civil Society Organisation. Ms Marie Louise Simmons, a Principal State Attorney, is the Secretary to the Committee. 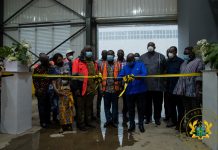 Over 6,000 Senior Staff of Public Universities embark on nationwide strike